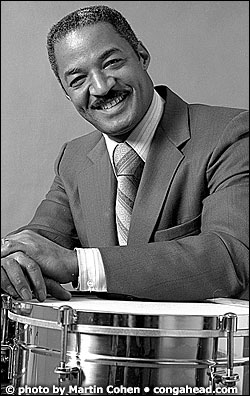 On March 7th 2004, a true giant in the world of Ifa, La Regla Ocha and Percussion passed away. He was a master in the truest senses of the word.  He first became known as a true heavyweight in the world of percussion, alongside the other greats such as Tito Puente, Carlos "Patato" Valdez and  Mongo Santamaria to name a few. He was a master bata drummer, having been in the premier bata ensemble in Cuba before coming to the United States with Francisco Aguabella.

When Julito passed to Ifa, he showed the same dedication, brilliance and mastery that showed in his drumming endeavors, perhaps more. He sh

Julito Collazo was a man who never took well to pretentiousness or hypocrisy. He was always a model of strength, courage in his convictions, knowledge and compassion. He also developed a reputation for 'not teaching'. This was not at all true as I can personally attest to. When Julito was approached without attitude and with a true desire to learn he was always extremely open to teaching. I can only give a personal example of his willingness to teach. One day I called my Oyugbona for my Abo Faca to let him know I had made Obatala and as a gift he gave me a long moyuba, telling me he was giving it to me because he knew I was 'hungry'. But, he added that he expected me to call him back in three days to repeat it back to him. I managed to learn the whole thing and called him back to recite the prayers to him. He asked me if I was reading it and I assured him that I had memorized it.  From then on he would always take time to teach me whenever I called, which would sometimes go on for hours and often left me mentally exhausted. But I didn't dare back down from sticking it out.

Padrino Julito Collazo, i have nothing but pride to have had you as my Oyugbona. As my Oyugbona, as my friend, as my teacher, and as a true master I have a huge debt to you that I may never be able to pay back or even be able to live up to. If I ever become half the Babalawo you were, I will consider myself the most fortunate man alive. You leave a hole that will never be filled. 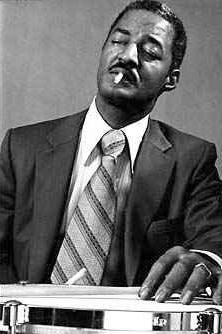